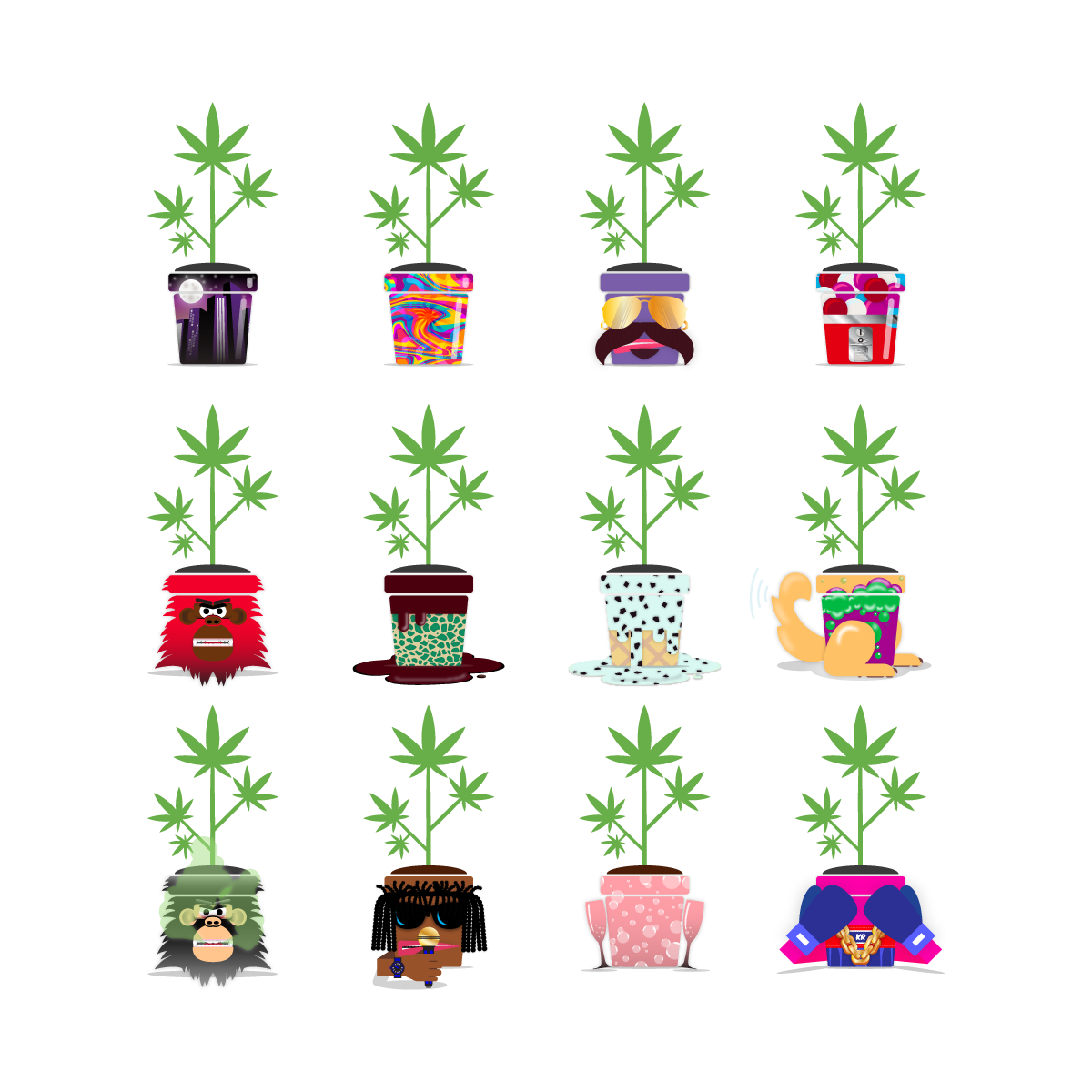 Legacy vs Legal: How have things changed?

Legal cannabis sales in Ontario have exceeded that of the legacy market for the first time since legalization in October 2018. Anyone familiar with the legacy market would question this data and wonder what method was used to quantize sales from an illicit market that doesn’t track their sales or report publicly?

This type of data is typically gathered from consumers that complete surveys that ask specific questions such as – “When was the last time you bought from an illegal source?” or “How often do you purchase from a legal source versus an illegal source?”. When we look at the supporting data such as the number of dispensaries, more competitive pricing, and a way better selection since cannabis 2.0, it’s not that hard to believe.

In anticipation of a legal market, most Health Canada (HC) approved Licensed Producers (LP’s) ramped up production. HC was also busy increasing the number of LP’s (which had ballooned to a staggering 810 at the time of this article). However, in Ontario, dispensary licenses weren’t authorized until April 2018, (six months after legalization) and the province-run distributor OCS.ca was facing massive consumer backlash from labeling issues and product shortages stemming from day one of legalization. Over 1000 complaints were filed in the first month as a result of orders not being fulfilled, poor product quality and shortages to list a few of the reasons. Consumer confidence was really low early on.

Ontario consumers made it very clear that they had other options that were more transparent, readily available, cheaper and provided better quality. This caused a massive price adjustment that many companies weren’t prepared for. Many fiscal reports ran into the red with huge losses piling up each day. Those dreams of $10 and $12 grams turned into $1 and $2 grams. The honeymoon with investors was over and heads started to roll. Some prominent executive’s lost their jobs and a lot of hardworking employees were fired or laid off as companies began to close facilities and then sell off the real estate to generate cash for operating costs and debt repayment.

When the dust started to settle about a year after Cannabis 2.0, mergers and acquisitions were in full swing and HC was allowing new applicants to declare genetics during their licensing process. The influx of genetics has increased product quality and customer satisfaction. Initial investments made during the ramp up to legalization were into early stage cannabis companies that had great potential but weren’t ready to produce or required millions of dollars to complete the licensing process, Cannabis executives switched gears and started investing in cannabis companies that were already in business and had proven products and cultivars that consumers wanted. MJBizDaily reported that New York-based Viridian Capital Advisors counted 308 M&A transactions through December 2021 which was three times more than the same period in 2020. In most cases, these businesses were instructed to continue operating as they did before the merger. This allowed the new parent companies to gain valuable knowledge or access to specific cultivars that could be used to boost their own product line up and revenue.

The elephant in the room for many is definitely the COVID-19 pandemic that helped propel some of the more successful cannabis companies into the spotlight while decimating others. Some companies have been accused of taking Federal COVID relief while laying off employees but that’s a topic for another day. During the COVID-19 lockdowns, many people were forced to stay indoors and told to limit their exposure to other humans including extended family and friends. A provincial amendment came into effect shortly after the lockdowns that made cannabis retail an essential service. This lasted until April 2020 when that distinction was removed, but then a few days later adjusted to allow curbside pickup and delivery only. Even the provincial-run OCS.ca offered free, same-day delivery during the lockdowns and Uber has implemented a cannabis delivery feature in their app. With all this extra time and stress, cannabis consumption was on the rise. All these different variables combined to create enough incentive for consumers to consider legal cannabis.

So where do we go next? Many cannabis experts are encouraging policy makers to remove some of the strict marketing and packaging restrictions that limit a company’s ability to be unique or truly stand out from the crowded landscape of subpar offerings. This includes being able to provide more accurate information about the health benefits and effects s0 consumers know what to expect from each product. Other’s are lobbying for changes to consumption laws which would open the door to lounges, hospitality and tourism where people could consume cannabis the way alcohol is enjoyed. Ontario has prohibited the smoking of cannabis in the same places where the smoking of tobacco and the use of electronic cigarettes are prohibited which means you can enjoy your cannabis in parks, away from people, schools, or building entrances, while in public or in the privacy of your own home. Since tobacco smoke is not allowed indoors or in public spaces and most hotels have gone completely smoke free – it might be a challenge to get policy makers to allow cannabis smoking in those situations. With the emergence of websites like Hibnb there appears to be a significant demand for cannabis friendly vacation homes and rentals.

The cannabis industry is still new and with many other countries taking a serious look at what Canada has done with legalization. It’s not too inconceivable that we might see a global market emerge where people can travel freely with cannabis the way we do with alcohol – all within the next 5-10 years.

Marketing your product globally will be a challenge for some while others will transition naturally. The commonality between your local cannabis market and a global one is cannabis culture itself. Whether you are from Canada, United States, Spain, Jamaica or India – cannabis culture is a movement that speaks the same language. It’s our job to make sure we don’t forget what cannabis consumers value just because they are in a different country. Learning why different cultures use cannabis and the different ways they consume it is the most valuable thing you can do to prepare. We are all familiar with the Jamaican Rastafarian, but far too many people assume all Jamaicans consume cannabis which is completely false. The reality is that most Jamaicans do not consume cannabis. Some use it strictly for medical purposes and the Rastafarians use it for spiritual enlightenment. The last two reasons are common throughout the globe. For hundreds of years cannabis has been used to build, heal or during religious ceremonies. Respecting and learning each culture’s unique appreciation for cannabis will allow your marketing team to tap into these new markets more easily than you think.

Finished product from our first harvest or First Class Funk

This site uses cookies. By continuing to browse the site, you are agreeing to our use of cookies.

We may request cookies to be set on your device. We use cookies to let us know when you visit our websites, how you interact with us, to enrich your user experience, and to customize your relationship with our website.

Click on the different category headings to find out more. You can also change some of your preferences. Note that blocking some types of cookies may impact your experience on our websites and the services we are able to offer.

These cookies are strictly necessary to provide you with services available through our website and to use some of its features.

Because these cookies are strictly necessary to deliver the website, refuseing them will have impact how our site functions. You always can block or delete cookies by changing your browser settings and force blocking all cookies on this website. But this will always prompt you to accept/refuse cookies when revisiting our site.

We fully respect if you want to refuse cookies but to avoid asking you again and again kindly allow us to store a cookie for that. You are free to opt out any time or opt in for other cookies to get a better experience. If you refuse cookies we will remove all set cookies in our domain.

We provide you with a list of stored cookies on your computer in our domain so you can check what we stored. Due to security reasons we are not able to show or modify cookies from other domains. You can check these in your browser security settings.

These cookies collect information that is used either in aggregate form to help us understand how our website is being used or how effective our marketing campaigns are, or to help us customize our website and application for you in order to enhance your experience.

If you do not want that we track your visit to our site you can disable tracking in your browser here:

We also use different external services like Google Webfonts, Google Maps, and external Video providers. Since these providers may collect personal data like your IP address we allow you to block them here. Please be aware that this might heavily reduce the functionality and appearance of our site. Changes will take effect once you reload the page.